How Can We Manage Water Resources Better? 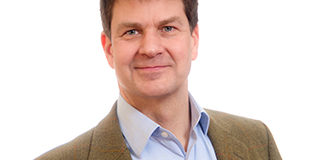 A Need for Harvesting Rain Water in the UK

So, we have the driest 2 years for 30-odd years followed by the wettest April since records began around 1900.  Was it always like this or can we re-learn how to manage water resources better?

Clearly we use a lot more water domestically than we used to.  I’ve seen some film “24 Square miles” from late the 1940’s which shows a villager in the northern part of Oxfordshire collecting a bucket of water from the stream running past the (unsurfaced) road through the village; normality for these villages which were not on mains water until the 1950s.  You’d think twice about flushing the loo at night if you had to go outside for a gallon of water every time!

What seems to have changed is our ability to store and save water when it falls as rain or melting snow. Our drains, rivers and ‘flood relief schemes’ appear to be mainly about getting the water out to sea as fast as possible.  So, when it rains hard we get rid of the water and, surprise surprise, it is not there when we need it later.  Once upon a time, tree-cover held some water back in the foliage for a few hours before letting it drip onto the leafmould on the ground which soaked it up like a sponge.  The land was divided up into smaller parcels between natural hedgerows which held back the water for a little longer and more would make its way into the groundwater.  Boggy fields were not drained and so became water-meadows for a time.

We can re-learn some of these principles; the simplest incarnation is to have a water-butt for the garden.  At the next level rain-harvesting with perhaps a buried 2000 or 3000 litre tank which can then be used for flushing loos, watering the garden, topping-up the pond and water features and washing the car (rain water is better for this as it soft water and leaves no drying marks).  Then, instead of letting the excess surge through smooth-bore concrete pipes to a river now in spate and out to the sea, why don’t we use soak-aways again?  Not only does this avoid flash-floods but the water re-stocks the natural ground water so that trees and hedgerows can survive in times of little rain.