Charlie and His Angels Raise £3,000 for Charity 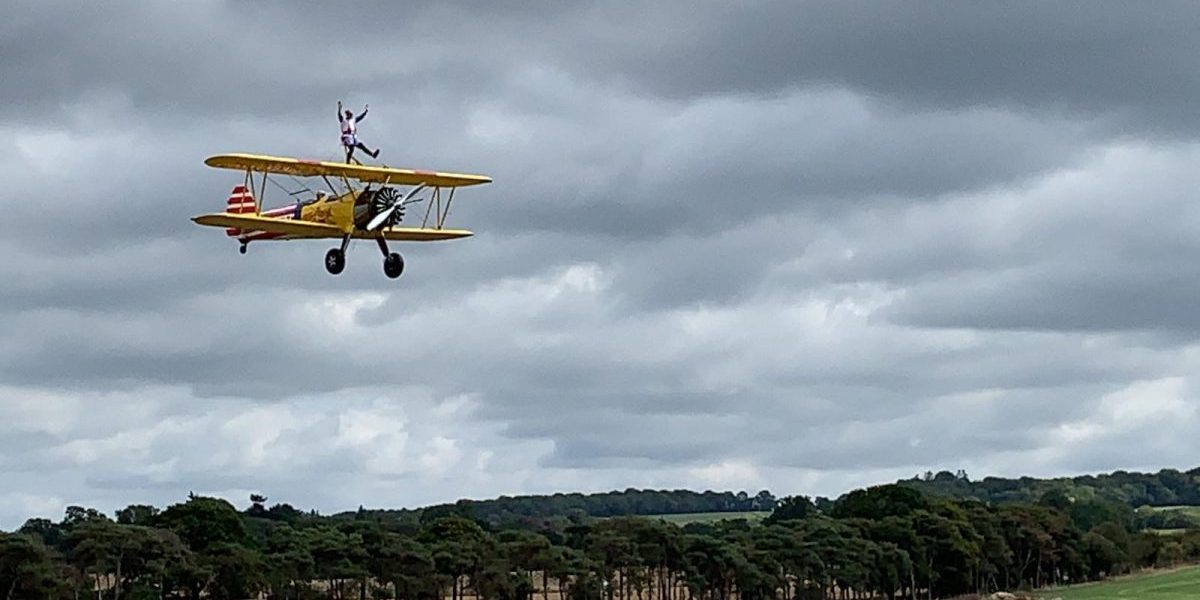 That was the main initial reaction from the CLPM team when our Operations Director Charlie Laing announced he and his twin daughters had signed up to do a wing walk this autumn.

For those of you unfamiliar with wing walking, suffice it to say that it takes nerves of steel and a ‘relaxed’ attitude to speed and heights. After all, flying over the Oxfordshire countryside at 100 miles per hour on the top of a rickety biplane, secured by only a harness, is not most people’s idea of fun!

The wing walk was an event which was being organised to raise funds for a local charity called SeeSaw. This fantastic mental health organisation is a member of the National Childhood Bereavement Network and helps children and young people cope with the loss of one or both of their parents. Since being established in 2000, the charity has supported over 4300 children, young people and their families across Oxfordshire.

The day began for Charlie, Rebecca and Sophie with a full health and safety talk and instructions for the flight. It was then time to take it in turns to climb up onto the top wing of a vintage biplane and be strapped into the specially-designed five-point harness. Then they were off – with the plane taxiing down the runway, before speeding up and launching up and away into the sky. Once they were in the air, the plane and daredevil wing-walkers performed a series of low-level fly pasts – as low as 100 feet from the ground – an opportunity for Charlie and the girls to wave to a rather anxious wife and mum Ali below!

“My daughters roped me in to joining them in on the Wing Walking experience day. I was naturally a little anxious but also very keen to give SeeSaw my support. I have to say it was quite a thrill, and an experience I will never forget….” said Charlie “but I’m not in any great hurry to repeat it!”

Almost 3 months later they’ve raised almost £3,000 for the Oxfordshire-based child bereavement charity SeeSaw. It goes without saying that we’re very proud of the bravery shown by the intrepid Laing team – and their amazing achievement.

If you’d like to donate to this very deserving grief support charity you can still do so by clicking on this link to Charlie’s just giving page.